Our Creator Elohim have placed the lights in the heavens for signs (Hebrew - distinguishing mark, warning), seasons, days, and years. Genesis 1:14


The planet Uranus is named after the Greek god of the sky, Ouranos. All the other planets are named after Roman gods.


A man named Bode who determined the orbit of Uranus also named the planet.

At the North Pole


The "sides of the north" in scripture refers to the symbolic location of YaHuWaH 's throne, and His dwelling place in heaven.


Almost everyone has dismissed the "blood moon tetrad" of 2014-2105 on YaHuWaH 's Feast Days as having passed without relevance. Most think they can be ignored and forgotten, but there are some aspects of that lunar eclipse sequence that are unusual. 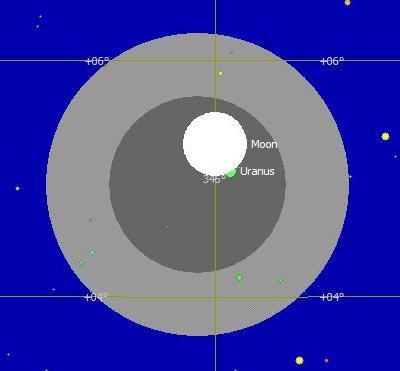 Above: Uranus popping out from behind the moon, both Uranus and the moon being in the deepest part of earth's shadow, during the lunar eclipse of 10/8/2014.


As viewed from the North Pole, symbolic of the place of YaHuWaH 's throne, because of parallax, the Moon appeared to hide Uranus during the "blood moon" part of the eclipse on 10/8/2014.


The North Pole, Uranus, event in the blood moon of 10/08/2014 was revealed to me around 4/16/2015. Less than a week later Hillary Clinton was in the news for helping sell 20% of the Uranium interests of the United States to Russia. The destruction of Babylon is described as arrows (missiles) coming from the north.


Jeremiah 50:9 For, lo, I will raise and cause to come up against Babylon an assembly of great nations from the north country: and they shall set themselves in array against her; from thence she shall be taken: their arrows shall be as of a mighty expert man; none shall return in vain. 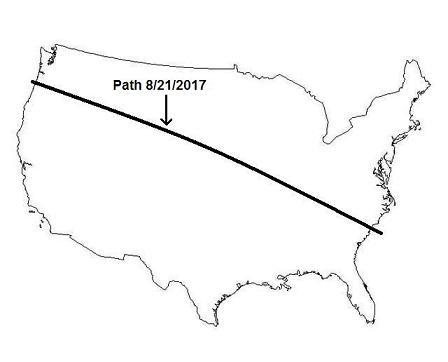 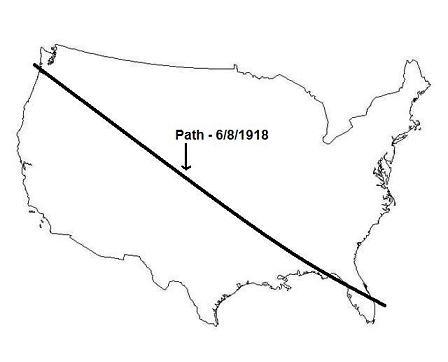 
Because the solar eclipse of 8/21/2017 and 6/8/1918 are related because of their long paths, and because they tie the United States with Jerusalem via a 49 years (7 x 7 years) timeline, we need to investigate these solar eclipses further.


Below is a graphic showing the position of Uranus, symbolizing Uranium, in the 6/8/1918 eclipse compared with earth's shadow during the 8/21/2017 solar eclipse.


A man bearing a pitcher of water was to be a sign to YaHuShua's disciples, leading them to the place where they would eat the Passover. Mark 14:13 The Passover involves a threshold (Hebrew "Saph") sacrifice, as investigated in a previous article. We also know that Jerusalem will be a cup (Hebrew "Saph", place of threshold sacrifice) of trembling to all who burden themselves with the city. In other words, Jerusalem will be the threshold, the doorway, to a lot of bloodshed for the nations who step onto YaHuWaH 's turf with evil intent.


It looks like the "man in the sky with the pitcher of water" shows us that uranium is involved in the destruction of Babylon the great. This was revealed to me on 5/31/2017 by YaHuWaH Elohim.