Revelation 13:18 Here is wisdom. Let him that hath understanding count the number of the beast: for it is the number of a man; and his number is Six hundred threescore and six.


Because the Apollo moon project was a major global media event named for an enemy of YaHuWaH Elohim, this article will investigate the relationships between the very first Apollo 11 moon expedition and other events that have occurred since. We'll follow the example of Moses. We won't ignore the burning bush.


One of the most most prominent events in modern human history occurred on 7/21/1969 when two humans set foot on the surface of the moon for the very first time. The first words spoken from the surface of the moon after the reporting of engine technical conditions at landing on 7/20/1969 were "Houston, Tranquility Base here. The Eagle has landed." The first man to set foot on the moon did so on 7/21/1969 at 02:56:15 UTC. 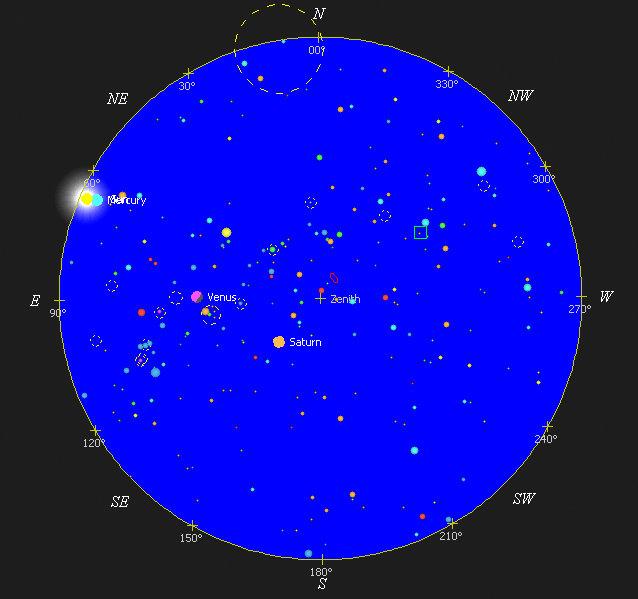 Above: It was about 5 minutes after sunrise in Jerusalem on 7/21/1969 when Neil Armstrong first set foot on the moon. 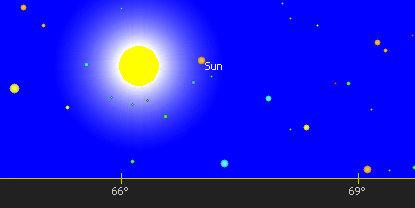 Above: The position of the sun at an azimuth of about 66 degrees and an elevation of about 1 1/2 degrees above the horizon as viewed from Jerusalem at 05:56:15 AM local time when Neil Armstrong first set foot on the moon.

Above: The position of the moon in the constellation Virgo at 02:56:15 AM UTC on 7/21/1969 when Neil Armstrong first set foot on the moon. Virgo the maiden is symbolic of the nation of Israel. Jupiter is symbolic of Israel's Messiah. The element Uranium was named after the planet Uranus. Plutonium was named after the planet Pluto. The symbolism presented to us by YaHuWaH Elohim in the above information speaks to us without uttering a word. He orders the affairs of man and the paths of the stars.


Psalm 19:1 The heavens declare the glory of Elohim; and the firmament sheweth His handywork.
2 Day unto day uttereth speech, and night unto night sheweth knowledge.
3 There is no speech nor language, where their voice is not heard.


The NASA Apollo moon project was named after the ancient Greek god Apollyon.


Apollyon was and is still today an angelic king prophetically mentioned in the bible.


Revelation 9:11 And they had a king over them, which is the angel of the bottomless pit, whose name in the Hebrew tongue is Abaddon, but in the Greek tongue hath his name Apollyon.


The Apollo 11 moon mission was a "burning bush" event in the history of mankind.


Late in the evening of 1/20/2019 over the eastern United States a total lunar eclipse, known as a blood moon, was in progress. An astronomer, Christian Froschlin, happened to take a photo of the eclipsed moon at 04:41:38 UTC 1/21/2019 (11:41:38 PM EST 1/20/2019). The moon had just entered the umbra of the earth's shadow when the photo was taken. The photo captured the flash of a meteor strike on the eclipsed moon. As far as I know, this is the first time in history that someone captured the flash of a meteor striking the moon during a total lunar eclipse.

Below: It happens that 1/20/2019 is the exact midpoint date of the 50th year from the Apollo 11 moon walk event of 7/21/1969. 1/20/2019 was the date that the meteor flash mentioned above was photographed, the very first meteor flash to be photographed during a total lunar eclipse.

Below: A graphic showing the birth and calculated conception dates of some currently prominent people.

Note that Hillary Clinton's calculated date of conception in the graphic above falls on the date 1/20/1947.

Below: A graphic showing the precise 72 year timing between Hillary Clinton's calculated conception date and some of the info further above.

Above: Note the 72nd anniversary of Hillary Clinton's calculated conception date falls precisely on the blood moon meteor strike event of 1/20/2019, and the exact midpoint date of the 50th year from the Apollo 11 moon walk. The number 72 is twice 36. The sum of all numbers from 1 to 36 is 666, with the number 72 giving a double emphasis.

Presidential inaugurations are accomplished on the date 1/20 of the year following the election.

Below is a graphic showing that President Obama was inaugurated on 1/20/2009 the exact center of the 40th year from the Apollo 11 moon walk event. Know that while a United States President is being publicly sworn into office near the Capitol building on 1/20, another ceremony concerning the new President's inauguration is also being conducted in secrecy elsewhere in Washington, D.C., by the enemies of YaHuWaH Elohim.

Above: Note that the number 40 has to do with testing, tribulation, and judgment in the bible. 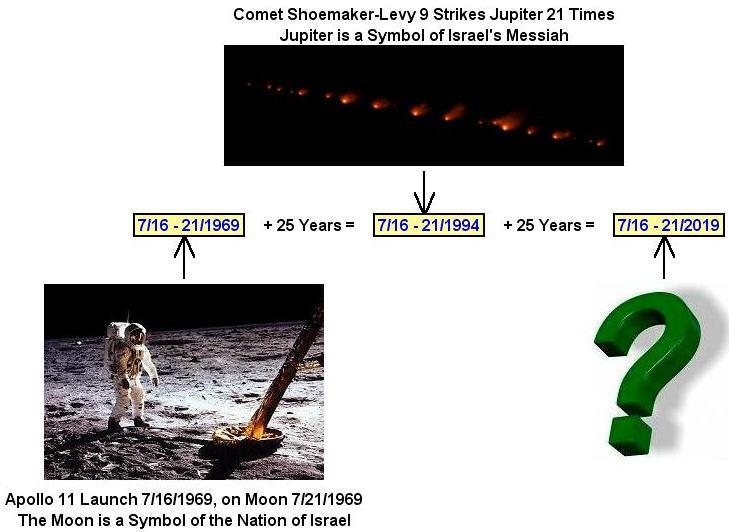 Above: A big question mark on the graphic above invites us to keep watch at from 7/16 to 7/21/2019 for unusual events. The event may be relatively obscure and unnoticed at the time, and then come to light later. Perhaps nothing at all will happen. This is not a prophecy, it's just an examination of major events related to each other in a timely fashion.

Below: A graphic showing the path of a total solar eclipse across the United States that occurred as the Pilgrims were forming their group to sail to the new world, and an Aleph and Tav relationship with the date of 1/20/2019.

Above: The sign of the Aleph and the Tav in the ancient pictoral Hebrew font (pre-Paleo Hebrew) from the time of Moses. Messiah identifies Himself as the Alpha and the Omega (Hebrew - Aleph and Tav) in the book of Revelation.


YaHuShua Messiah's coming arrival in Israel will be accompanied by His great brightness and a great earthquake on a darkened day (Joel 2:2), symbolized by the meteor impact flash and resulting impact tremors on the darkened moon during the blood lunar eclipse.


Below: A graphic that summarizes some of the above information. 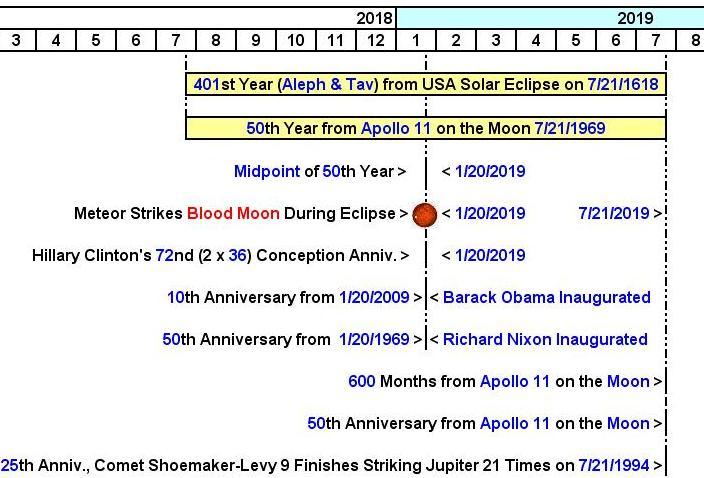 Above: Names have meanings. Note that the Egyptian god Osiris was named NXN in Egyptian, thus the reference to Richard Nixon's Presidential 50th inauguration aniversary falling on the blood moon of 1/20/2019 above, and also in the center of the 50th year from the Apollo 11 moon walk of 7/21/1969. Apollo 11 went to the moon shortly after NXN became president.

Above: The 666 month link between the date of the very first moon walk signifying Apollyon (Apollo) walking into Israel (the moon), and the presidential inauguration of 1/20/2025.

The above information is something for us to file away in memory and be aware of as the date approaches. Noah was 600 years old when the flood came upon the earth. The 600 month marker in the above timelines isn't far away on 7/21/2019.


A few people may be looking to enter the 2020 USA presidential race this summer in 2019. Will one of them enter the race between 7/16 and 7/21/2019 and perhaps fail this election then eventually be elected and then inaugurated as President 6 years later on 1/20/2025? It's just something to be aware of.