The Sun Signs and Pope Francis

Everything is on schedule. The ten global economic regions, which will have ten kings, continue to form without hindrance as the USMCA treaty was recently installed in place of NAFTA to help further facillitate the planned North American Union.


Revelation 17:12 And the ten horns which thou sawest are ten kings, which have received no kingdom as yet; but receive power as kings one hour with the beast.
13 These have one mind, and shall give their power and strength unto the beast.
14 These shall make war with the Lamb, and the Lamb shall overcome them: for He is Lord of lords, and King of kings: and they that are with Him are called, and chosen, and faithful.


Economic sanctions are being increasingly utilized to help control the actions of alleged "rogue" nations. According to the bible, using economic sanctions to insure compliance with global government regulations will eventually be a method of control exercised upon all humans individually via the Mark of the Beast.


It was seven years of years ago from 6/15/2019 that the armies of ancient Persia infiltrated the City of Babylon as the city wall went unguarded during a drunken government party. Ancient Babylon was secretly invaded on the evening of 10/11/539 BC, and the Babylonian government was delivered into Persian hands quietly, without much of a fight.

The Trinity (a Group of 3) of Days


3. June 16 was the Karaite observance of the Feast of Shavuot, a day observed a week later than usual because clouds in Israel obscured the sighting of the new moon on Nisan 1 this year, eventually delaying the counting of the Omer by one week.

Above: A graphic showing the group of 3 special days centered on seven years of years from 10/11/539 BC.


On 10/11/539 BC the Persian army secretly entered the city of Babylon and captured it. However, it wasn't until 10/29/539 BC, eighteen days later, that King Cyrus himself entered the city. The name Cyrus (Koresh) means "like the sun".

Below: Seven years of years from King Cyrus entering Babylon is July 3, 2019.

Below: It happens that the exact midpoint date seven years of years dates mentioned above was June 24, 2019, the date that President Trump imposed stringent new economic sanctions on Iran (Persia). These major events relating with ancient and modern Babylon and Persia fall in close symetrical relationship with each other after 933,813 days.


We noted earlier that the name Cyrus (Koresh) means "like the sun". It's interesting that there's a total solar eclipse on 7/2/2019, the day before the seven years of years anniversary of King Cyrus entering ancient Babylon on 10/29/539 BC. There are two events concerning "the sun", the one the next day after the other.


It's also very interesting where that total solar eclipse of 7/2/2019 will end. The solar eclipse will follow a path over the South Pacific Ocean, ending near Buenos Aires, Argentina, precisely at sunset. 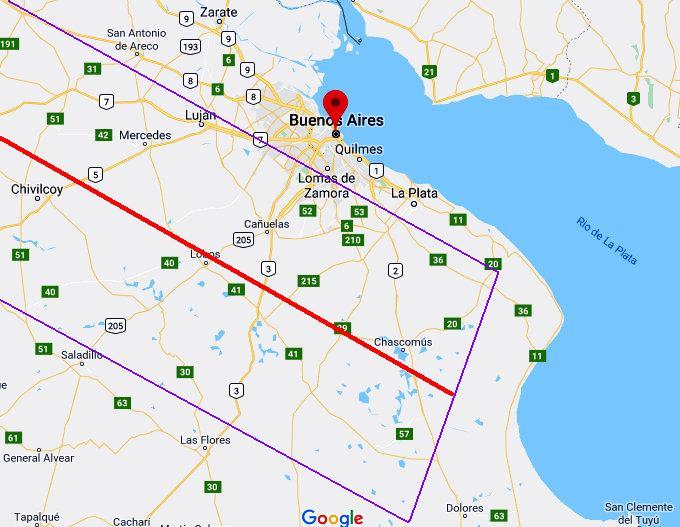 Above: The path of totality of the total solar eclipse of 7/2/2019 is contained between the violet lines in the graphic above. The path will have travelled thousands of miles across the southern Pacific ocean and it ends abruptly near Buenos Aires as shown above. For viewers east of the end of the path of totality near the Rio de la Plata, the sun is below the horizon and cannot be observed because it's after sunset for them.

The Signs of Pope Francis


The Vatican achieved official recognition on 2/11/1929 at the signing of the Lateran Treaty.


Below: A graphic showing a timely relationship between the signing of the Lateran Treaty and the resignation announcement of Pope Benedict.

Above: Jorge Mario Bergoglio became Pope Francis on 3/13/2013, exactly 77 years after his calculated date of conception.


It happens that the construction of a prominent obelisk in Buenos Aires, Argentina, was initiated exactly 7 days after Jorge Mario Bergoglio's calculated date of conception as indicated in the graphic below.

Obelisk construction was completed on 5/23/1936, 72 inclusive days after the calculated date of conception of Jorge Mario Bergoglio as indicated below.

Revelation 18:1 And after these things I saw another angel come down from heaven, having great power; and the earth was lightened with his glory.
2 And he cried mightily with a strong voice, saying, Babylon the great is fallen, is fallen, and is become the habitation of devils, and the hold of every foul spirit, and a cage of every unclean and hateful bird.


Below: A photo of the completed 224 ft. tall obelisk in Buenos Aires. 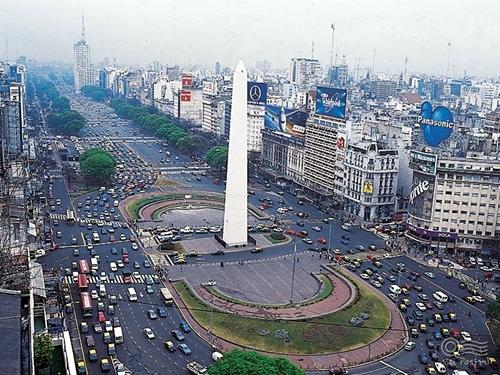 
Below: A map showing the relationship between the location of the birth of Pope Francis in Flores, Buenos Aires, Argentina, and the obelisk 5.43 miles away that was constructed in downtown Buenos Aires beginning 7 days after Pope Francis' calculated date of conception, and the Great Circle Bearing to Jerusalem, Israel.

The above line from the birthplace of Jorge Mario Bergoglio through the obelisk in downtown Buenos Aires and then straight on to Jerusalem may be considered a Ley Line having spiritual significance.


The definition of a Ley Line is available here: https://en.wikipedia.org/wiki/Ley_line


We hope to be able to comprehend the various relationships among the information mentioned above having to with the sun, sun worship, King Cyrus (like the sun), the Roman Catholic Church, Pope Francis, and the end of seven years of years from King Cyrus entering Babylon accented by a total solar eclipse ending precisely at sunset near the birthplace of Pope Francis.


YaHuWaH Elohim has everything precisely on schedule.