There's a method of writing used frequently in the bible. It's known as the chiasm, or chiastic structure. It's a method that uses sentence structure to call attention to a central event that is the main topic of the paragraph or chapter.


YaHuWaH Elohim is in complete control of His universe, from the paths of the stars to the forming of life in the womb. He can use chiastic structure in many forms to call our attention to certain events and dates. The evidence for His existence is multiplied when we see events that should be random begin to form pattern after pattern that interlock and confirm each other.


Here's an example of a chiastic structure that uses the calculated conception dates of recent Presidents (governed by YaHuWaH Elohim) to emphasize a central date:


The central emphasized date in the chiastic structure above, 11/13/1981, is the Hebrew Civil 2nd month, 16th day. At sunset on that particular day the 17th day of the 2nd month begins. It was on that day in Noah's time that the flood waters began to cover the earth.


Thus, a warning pertaining to Noah's Flood has been embedded into the conception dates of Bill Clinton, George. W. Bush, and Donald Trump. YaHuWaH Elohim confirms to us that His hand is in the conceptions of these Presidents because the conceptions of George W. Bush and Donald Trump occurred on, or near, the Annual Sabbaths of the Last Great Day and the Day of Trumpets in 1945. These are special days that YaHuWaH Elohim had reserved unto Himself for His purposes. He instructs us to watch for odd things that happen on His Annual Sabbaths as they can be signs to His people. It's a form of communication that is hidden from most of the world because most people ignore His instructions to keep His Annual Sabbaths (Feasts). They are completely oblivious to the fact that YaHuWaH Elohim may be communicating with His people, assuring them that He is in complete control of His universe and there's nothing for His people to worry about.


The central theme in the chiastic structure example above is "Noah's Flood". YaHuWaH Elohim ordained that those men be conceived on (or around) those dates. He also ordained that they later become President's of the United States. He even ordained that the man with the name "Trump" be conceived on the Hebrew Day of Trumpets. This should get our attention, sort of like the burning bush that Moses saw in the desert that continued to burn without being destroyed. Like Moses, when we turn aside to look at the strange event we discover that there's more happening here than what we expected.


Although Israel announced it's sovereignty on the afternoon of 5/14/1948, Israel actually became a sovereign State beginning 5/14/1948 at midnight when Great Britain relinquished control of Palestine.

In the graphic above, we see that 11/13/1948 is the exact emphasized midpoint of the first year of Israel's existence as a sovereign nation again beginning 5/14/1948.


The dividing of the land is what Israel becoming a sovereign nation on 5/14/1948 is all about. Hassan Rouhani and Prince Charles are closely involved in this chiastic structure, being born the day before and the day after the emphasized date, 11/13/1948. Both prominent men will enter their 70th year of life in 2017, on their 69th birthdays.


In the graphic below we investigate the 70th year of Israel's existence, beginning on the 69th anniversary of it's statehood. 5/14/2017.

Note there are 10 items listed that refer to 11/13/2017 on the graphic above. Most of the items listed above have treated in previous articles during the past 2 years.


Item 2. The 969 days pertain to the 969 years of the life of Methuselah. The Flood of Noah began when Methuselah died. This is the second reference to Noah's Flood. The first reference was listed above as the date 11/13/1981, the 16th day of the 2nd civil Hebrew month, with Noah's flood beginning at sunset.


Item 3. The 72nd anniversary of Bill Clinton's conception. There are two 36 year periods involved. The emphasized central date of the 72 year period is again, 11/13/1981, with Noah's flood beginning at sunset. Also involved is the Babylonian Magic Square that adds up to 666. It's involved twice because there's two 36 year periods. This has to do with the "doubles" that are allotted to Babylon in scripture. "Render unto her double..."


Item 4. Hassan Rouhani, President of Iran, will observe his 69th birthday on 11/12/2017. His 70th year will commence on that day. The number 70 is a sign of complete fullness in scripture.


Item 5. Charles, Prince of Wales, will observe his 69th birthday on 11/14/2017. His 70th year will commence. Prince Charles is a Roman Prince through his father, and the specific title "prince that shall come" is mentioned in Daniel 9:26 as being associated with a coming ruler over Israel. It was Rome that destroyed the city and Charles is a Roman Prince.


Item 7. A total solar eclipse will occur on 8/21/2017. It will paint a stripe across the United States from Oregon to Georgia. It's part of an eclipse sequence known as a "Tav", an "X", an ancient Hebrew "end mark" that will be inscribed on the United States. There are 84 days from that solar eclipse to 11/13/2017.


Item 8. From watchfortheday.org, a recommended website, there are 777 days from the last lunar eclipse of a tetrad that occurred on 9/28/2015 to 11/13/2017. The number 777 is indicative of triple completion and YaHuWaH Elohim. The total lunar eclipse mentioned occurred during the Feast of Tabernacle in 2015. The next series of four consecutive total lunar eclipses that fall on the Feast Days ordained by YaHuWaH Elohim will be over 500 years from now in the future.


Item 9. There will be a Venus-Jupiter conjunction on 11/13/2017, exactly 444 inclusive days after the previous Venus-Jupiter conjunction. These V-J conjunctions happen once every several years. This particular conjunction will be the first one to occur after the sign of the Woman Clothed with the Sun giving birth to the Man Child on 9/23/2017. Jupiter is the sign of the man child in the womb of the Sun clothed Woman, with Jupiter (a sign of Israel's Messiah) being birthed by the constellation Virgo. 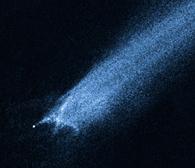 
The 10 events mentioned above are all associated with 11/13/2017. They also have associations with Noah's Flood, the Woman Clothed with the Sun giving birth to the man child, and a flood coming from the mouth of a red dragon intended to destroy the Woman (Revelation chapter 12).


Charles, Prince of Wales, is associated with receiving power from a red dragon through his investiture ceremony. He is also a Roman Prince (Daniel 9:26).


President Hassan Rouhani of Iran has expressed the intent of destroying Israel and the United States (Babylon the Great). Modern day Iran is the country of the ancient Medes and Persians who conquered ancient Babylon in 539 BC on the night of the Handwriting on the Wall incident.


Note that all of these events pointing to 11/13/2017 doesn't necessarily mean that something will happen, or begin to happen, on that day. But we need to be aware, and prepare, and be more watchful as we see the current situation around us deteriorate. YaHuWaH Elohim arranged these events and patterns for us. They attest to His existence, mighty powers, and abilities that are beyond human comprehension.


The only answer to surviving whatever might come our way is to walk with YaHuWaH Elohim, repenting of sin, loving Him with all of our heart and loving our neighbor as ourselves.