This article is a continuation of the previous article of 4/12/2019 titled "Prophetic Implications of Israel's Beresheet Moon Mission". That article was concerned mainly with events related to 4/11/1996 when comet Hyakutake crossed the Ghoul's forehead in the constellation of Perseus.


This article will examine comet Hale-Bopp that passed through Perseus a year later on 4/11/1997 to complete the placing of a symbolic ancient paleo Hebrew Tav on the forehead of the Ghoul.


We'll begin with the timing of the third 1,000 year "day" from the births of John the Baptist and YaHuShua Messiah. The bible tells us several special things that happened on the third day, such as YaHuShua being raised from the dead.


The graphic below shows the placing of two total lunar eclipses (Blood Moons) on YaHuWaH Elohim's appointed Feast days of Passover and Sukkot (Tabernacles) in 1996. These two blood moons are two witnesses that mark the end of 2,000 inclusive years from 3 BC, which was around the time of the conception, incarnation, and births of John the Baptist and YaHuShua Messiah. 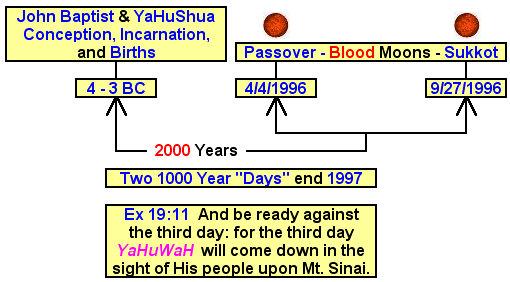 Below: The ancient paleo Hebrew Tav (end mark) symbolically placed on the Ghoul's forehead in the heavens by YaHuWaH Elohim at the end of 2,000 years from 4-3 BC. 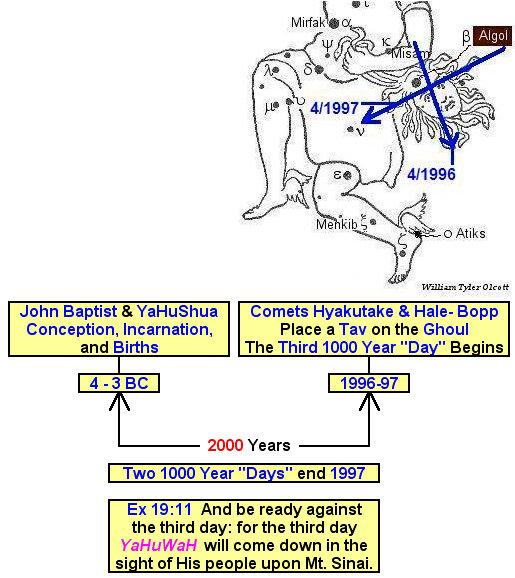 
Once we go beyond the "seven years of years" timing mark, there's nothing else that I know of that has a timely reference directly with the fall of ancient Babylon on 10/11/539 BC.


It's sort of odd for all three of these dates to fall grouped together this way, and for the Karaite observance of Shavuot to be set apart from the Christian observance of Pentecost.


Below: "The Maiden Stands Up", a display of the sun, moon, and planets orchestrated by YaHuWaH Elohim in the heavens on 10/5/2051, mentioned above, following the 100th anniversary of the modern nation of Israel. 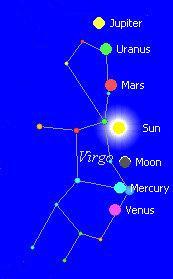 13 Mine hand also hath laid the foundation of the earth, and My right hand hath spanned the heavens: when I call unto them, they stand up together. 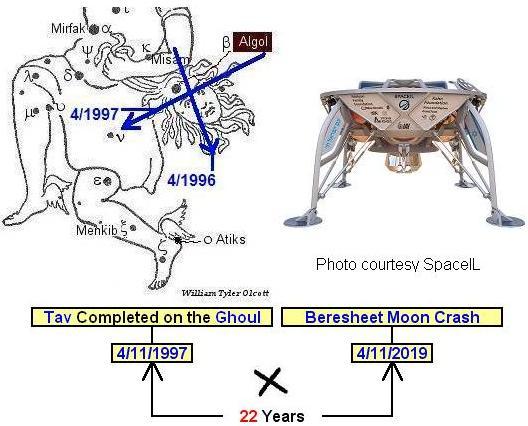 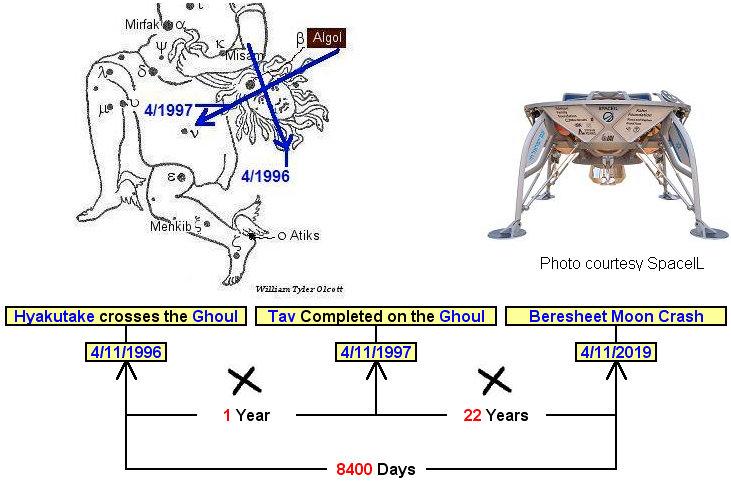 When we see what's happening on the earth, and then see the timely signs revealed above by YaHuWaH Elohim, we are assured that the time of trouble is approaching.